skip to main | skip to sidebar

We know a lot about Eliza Hallworth from the National Census, and we know that her marriage certificate confirms her maiden name was Hammond. Does anyone out there recognise her? Perhaps you’d be kind and post a comment to let me know?

By the way, if you've just read the post 'John Hallworth', then you already know about Eliza Hallworth - I have simply rewritten it here; this is a condensed version!
Apologies, several links have been lost, I will fix this ASAP.


I infer from census entries that Eliza was born around 1832. I know that she was born in or around Bow Brickhill, Bucks – although other census entries transcribe her birthplace as ‘Buckhill, Bucks’ etc. I know that (in 1860) Eliza married John Hallworth (born ~1836 in Toddington/Ampthill, Beds) and had 7 children. Her husband John was a Farmer & Miller (his father had been a baker and became a farmer).
In the census of 1841: A possibility is in this family: Robert Hammond, (50); Farmer of Galley Lane (?), Great Brickhill, & wife Ann (45), children Thomas (20), Betsey, Mary, Eliza (10), Ann and Charles (6).
In the census of 1851: there are several Elizas who may be her, but only one Hammond!

We know from the 1860 marriage index (Free BMD) that an Eliza Hammond married a John Hallworth in the Newport Pagnell district, in April -June 1860. N. Pagnell is near Milton Keynes, not so far from both Bow Brickhill & Ampthill.
In the census of 1861 our Eliza has married John Hallworth and taken his name. They are found in Little Mill House, Ampthill. They have a baby son Robert (born 1861), and a live-in Nurse Maid. The Mill employs 2 men. They go on to have some more children – Eliza (1863), Charles (1864), {Not seen any references to Little Mill House elsewhere, but perhaps it is part of the Little Park? There is also a Doo-little Mill, Steppingley Rd, Ampthill - perhaps a windmill, and now a business park.}


They moved from there to Grange Mill, Heath & Reach, near Leighton Buzzard, South Beds (1871 census) where they had the following children. I think they may have had a child named Jessie (1866). Certainly they had a son William (1868), John (1870) and daughter Mary (1873) whilst living at Heath & Reach. Presumably moved there to be nearer to Eliza's family (her sister Ann Hammond was living at the Mill at the time of the census in 1871). More on the Grange Mill, on the mills page.

From there they move to Folly Farm, Wokingham {near Reading}, Berkshire, England (a neighbour of the Dauberrey family (retired Military) at Folly Court {more on this here}). In the 1881 census John is described as a Farmer (out of business) and all of the adult children living at home are also not ascribed any occupations. A further child, Phillip, was born in Swallowfield, Berks (near Reading) in 1875. I think he was the youngest.

Finally they settled in Southlake St., Cookham (near Wokingham). In the 1891 and 1901 census, we find they are running(?) the Bakery & Grocer’s shop. Their son Robert continues to live with them – he is now employed in the business. Son William also lives there (a groom), as does youngest daughter Mary.
As for Eliza Junior, John & Phillip – I don’t know where they went. Their son Charles (born 1864) moves to Chepstow to be a Coachman, and then marries a Londoner, Kate. Charles & Kate Hallworth settle in Sockburn, on the Durham/Yorks border.

Peter tells us that her husband John Hallworth (born 1836) died in 1904, Maidenhead.

In the 1911 Census, Eliza Hallworth (79, widowed) is living with her daughter Mary (unmarried, aged 38) - at 37, Barkham Rd., Wokingham.  She made a mistake when she filled in the form, and entered helpful extra details about her marriage to John. (As she was a widow, these details were not required and so the enumerator struck them out.)


The Hammond family
I posted a link earlier to the excellent village website http://www.bowbrickhill.com/... well, Sue from that site did me a great favour by looking up the Hammonds in the parish registers. There were lots of Hammonds, but she may well have found 3 generations in one hop here:

Great, Sue - thanks for not resisting!!

Then:
Jane N told me about her family - listed on BowBrickhill.com - they are the Cleavers, and a Catherine Hammond married into the family.


"The only thing I can say for sure is that either her father or brother was George Hammond, as he was the witness at her marriage to John Cleaver." She believes that Catherine Cleaver nee Hammond was buried in January 1791 with her new-born daughter Catherine.

It seems that this Catherine in Janes' family tree was a younger sister of George Hammond. He married a lass called Ann, and their children include our Robert (born 1791), also perhaps Ann and Penelope (born in 1788 and 1792 respectively).

This is all in the Bow Brickhill area, and needs confirmation. Grateful thanks to Jane for sharing her info and helping me to puzzle it out!

If anyone out there has any stories, photos, clues or even corrections about Eliza – I’d be very chuffed to hear from you!

Have your say - but it may take a while before it appears. Sorry - I need to do this, because I took out the security steps to make it all easier and allow anonymity...but now I need to moderate!! Cheers, Lisa

Got any spare cash?

Neil achieved a fantastic 100-mile sponsored Cycle for The Christie, a cancer charity in Manchester last year.
But this year he is going on to even greater things - cycling from London to Paris, this time raising funds for Save the Children.

Here's the Online giving page - all very easy (unlike riding 270 miles in 3 and a half days)!

May 2010 - I had so much new material to add to the Hallworth pages that I had to rewrite almost every post.
(Old links will fail for a wee while.)

Latest: new photos added to the post about the Dog & Badger.

Begin to read the whole story from the Hallworth Beginnings, here. Please excuse any teething problems, let me know if you find a problem & I can sort it out over the coming weeks. Lisa 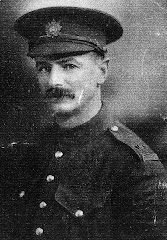 Get in Touch with TrunkCalls

While you were out, I posted up these messages

Tornado: made in Darlington 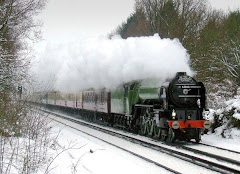 "If any operators want to modernise their services by using steam trains, I would be happy to give them a quote", Mark Allett

Free Rice
Here's a site you can visit regularly to play interesting games and help to end world hunger.

Or - The Hunger Site - offers another way to help end world hunger, this time simply by clicking regularly at the site.

Set a bookmark so you will go back to them!
In both cases, the advertisers pay more to the charity cause for each click. It costs you nothing.

Branches of the Family Tree - click each name. Posts appear with the Oldest First

Blog Archive - Another way to find what ye seek! Each month has a different branch of the family.

A different kind of Trunk Call, here, and another here. And here is the just the phone needed for any Trunk Call!

Just click on the 'comments' button at the bottom of any message.
Scroll to the foot of this blog page to get more details on how to get in touch.

This is my country,
The land that begat me,
These windy spaces
Are surely my own.
And those who toil here
In the sweat of their faces
Are flesh of my flesh
And bone of my bone.

Try these sites on Genealogy